Today, in Episode 6 of the Kindled Podcast, I share a very personal story: mine. It’s the story of a girl who believed work could lead to righteousness. It’s got sad parts, but it’s not a sad story, because God writes Himself into her story, again and again. Sweeping her up into the current of His grace and carrying her home to His heart. From learning how to write at the age of 5, to having my second daughter just 20 months ago, this story is one near to my heart. I’m sharing my story not so you see more of me, but so you see more of Him.

This story doesn’t wrap up with a neat little bow, you see, because I’m still living it. I’m still in the trenches, doing the work of submitting my will and my identity to His loving care. Laying down my weapons to pursue peace and thanksgiving. I don’t have to fight any more. His grace is enough. Because now, He carries me. My hopes, my fears, my longings, my gifts and passions. I’m no longer being held together by my efforts and striving. I’m being held together by a love greater than I thought possible and a hope brighter than my eyes can handle.

Next month starts Real Mom March! It will feature conversations with real moms of all ages and work backgrounds. I can’t wait to share it with you!

I hope you see Jesus in that. I’m so grateful He’s given me a voice to share my story, and I pray it’s one that points you to Him. Thanks so much for joining me today and I will catch you next time on Kindled.

Want the weekly show notes delivered to your inbox? 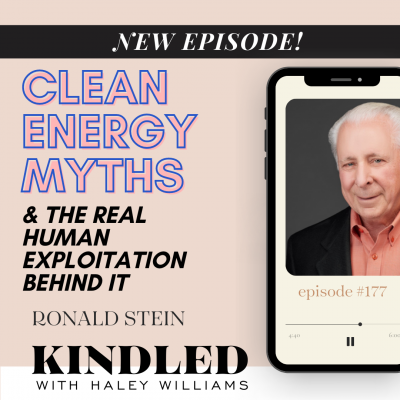 Chris Talgo joins me to explain Environmental, Social & Governance (ESG) Standards to us like we're 5! No really - this is an extremely EASY to understand explanation of what ESG standards are and why we should (must) care.  We discuss when they came into being,... 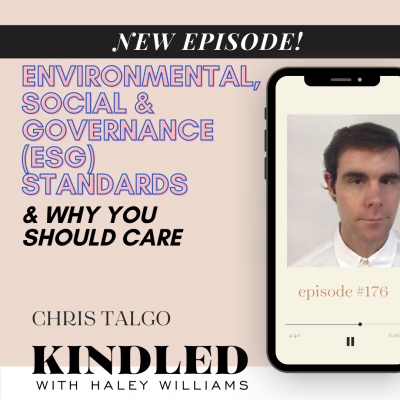 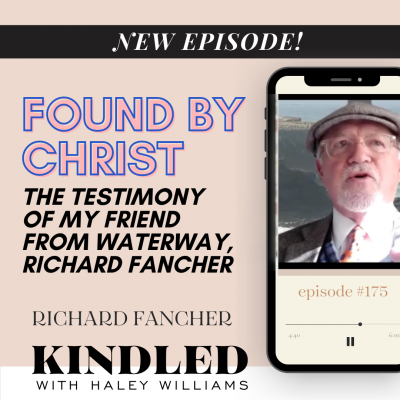 Found by Christ | The Testimony of my friend from Waterway, Richard Fancher | Ep. 175

GOVERNMENT GOT YA DOWN?don't check outRachel ReevesThe political landscape is exhausting and intense - to say the least. And we totally get that breaks from consuming the information and staying on top of what's going on are necessary. (We take them too!) BUT - for... 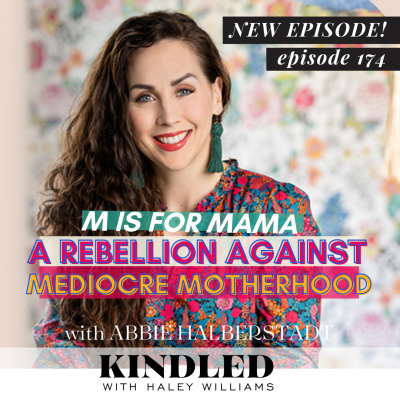 REBELLING AGAINST MEDIOCRE MOTHERHOODAbbie HalberstadtM Is Not for Mediocre The narrative around motherhood today can be a real downer. Instead of rallying to uplift each other or rejoicing in what God has done in their lives, moms often connect over memes about how... 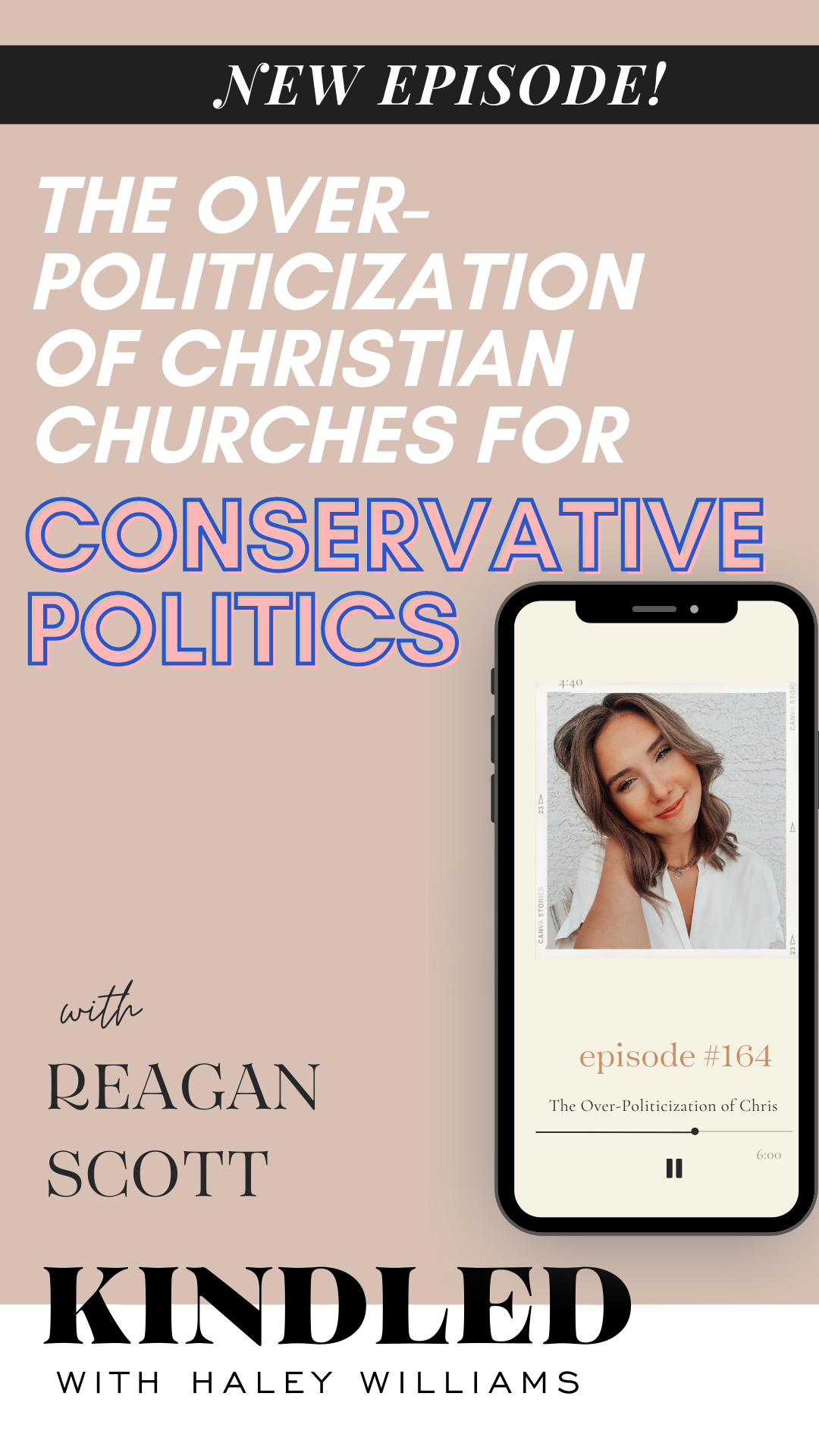 The Over-Politicization of Christian Churchesfor Conservative PoliticsReagan ScottTalking today with Reagan Scott on how many Christian churches have become overly-politicized. This is due in large part to pastors on both sides of the political aisle partnering with... 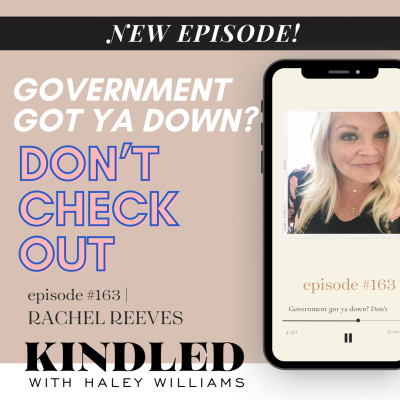 GOVERNMENT GOT YA DOWN?don't check outRachel ReevesThe political landscape is exhausting and intense - to say the least. And we totally get that breaks from consuming the information and staying on top of what's going on are necessary. (We take them too!) BUT - for...

This site uses Akismet to reduce spam. Learn how your comment data is processed.